Sweetwater NewsKeep up to date with what's happening at Sweetwater Lodge 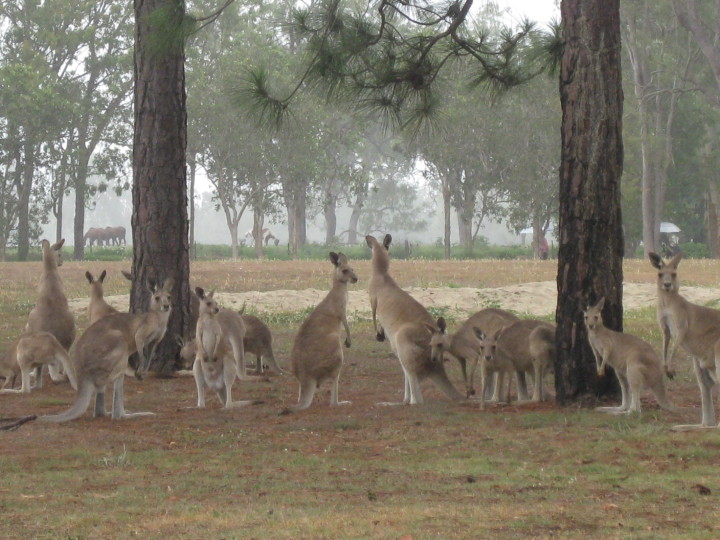 If you’re heading to Mareeba Golf Course these school holidays then factor in being watched! Home to mobs of Eastern Grey Kangaroos, they are always present under the trees and around the fairways.  The Eastern Grey Kangaroo is the 2nd largest and heaviest living marsupial and native land mammal in Australia. Adult males commonly weigh between 50 and 66kg. Females are somewhat smaller at between 17 and 40kg. They populate the entire length of Australia along the eastern seaboard and inland through Queensland, NSW and Victoria. The estimated population of Eastern Grey’s Australia-wide was around 11.4 million in 2010. Seen here to the side of one of the fairways on the golf course. Mareeba golf course is just 25 minutes drive from Sweetwater Lodge’s luxury Tablelands accommodation.